Tomatoes are a beloved vegetable in both home gardens and orchards. With their beautifully colored fruits and iconic earthy aroma, they are a rite of passage for every gardener, who can then enjoy the satisfaction of consuming home-grown tomatoes (which we all know simply taste better than grocery-bought tomatoes). The great thing about tomatoes is that you can eat them in so many different ways, though certain varieties are better suited to different eating and preserving methods. If you’re here, it means that you’re interested in which tomato varieties are best for canning tomatoes.

So keep reading to learn what are the best tomatoes for canning, and why!

The Best Tomatoes for Canning 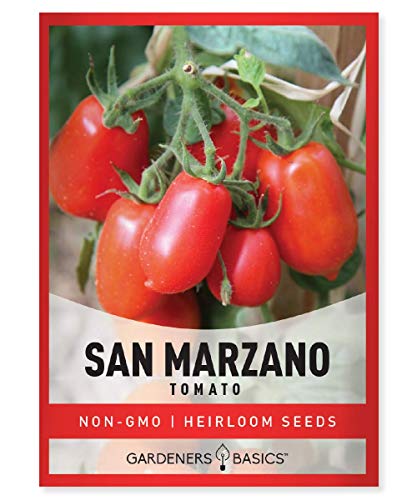 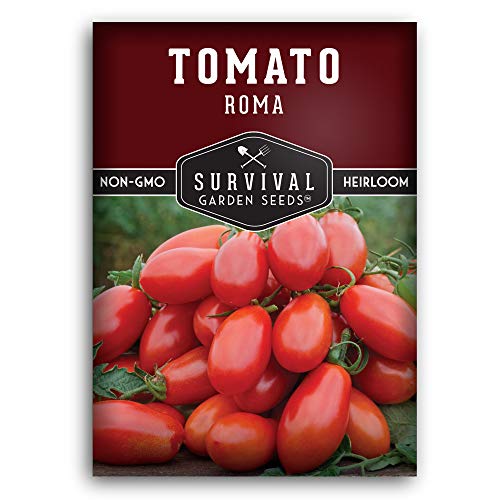 Roma are another go-to canning tomato variety for gardeners and chefs alike. They produce a large yield all at once (thanks to their determinate growing habit) which means you don’t have to worry about storing tomatoes until you’ve harvested enough of them. Roma tomatoes also have a low seed content and firm flesh, but their superpower is being disease-resistant despite their heirloom status. They still come in at number two though because that makes it easier to grow them, not necessarily can them! 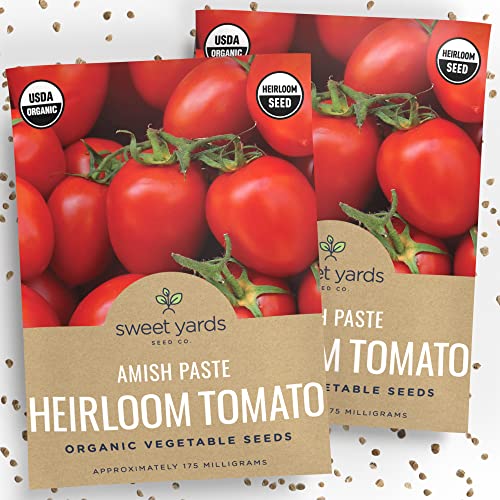 In general, paste tomatoes are phenomenal varieties to use in both canning and sauces. Amish Paste tomatoes, however, are a particular favorite among the best tomatoes for canning both because of their interesting history (they’re more than a century and a half years old!), the fact that they are tasty heirlooms, their size, and their high tomato yield. 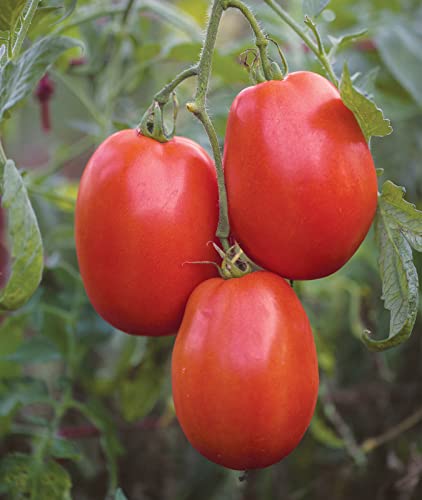 While hybrid tomatoes aren’t usually known for their flavor, the Supersauce tomato is still a fan favorite for canning simply because of how humongous the tomato fruit is (up to two pounds!). In fact, one tomato can fill up an entire jar! Plus, despite being an indeterminate tomato, the Supersauce tomato anecdotally behaves as a semi-determinate tomato plant (in the middle of the determinate-indeterminate spectrum), so you’ll be able to harvest more than enough giant fruits all at once.

Best Tomatoes for Canning, From the South 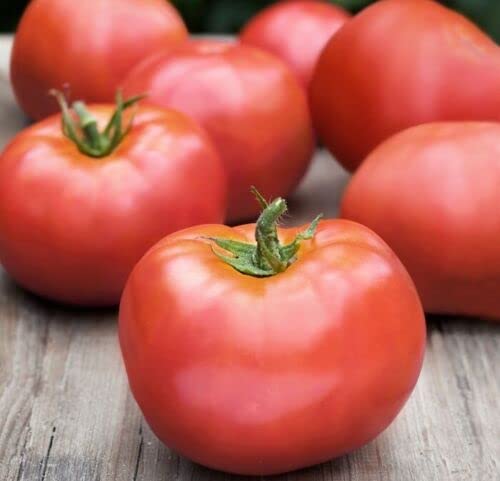 If you live in the south of the USA, this one is for you. This heirloom tomato developed at the Alabama Agricultural Experiment Station is one of the best tomatoes for canning because of its resistance to root-knot nematode pests and a fungal disease called Fusarium wilt race 1. It also has great heat, drought, and humidity resistance, and usually grows to the impressive weight of between eight and 12 ounces!

If you’re already convinced that canning is the tomato preservation method for you, feel free to skip this section. If you’re still skeptical, let me offer a couple of reasons why finding the best tomatoes for canning is a great idea:

What Makes a Tomato Great for Canning?

Now that I’ve (hopefully) convinced you on why canning tomatoes is great, let’s get to what elements exist in the best tomatoes for canning.

Now that I’ve taken the time to list what I think are the best tomatoes for canning, let’s talk about some tips on how to use them in the actual canning process!

Using Best Tomatoes for Canning in the Kitchen

As I mentioned previously, a great reason to make your own canned tomatoes is because it’s a great way to preserve a little taste of summer for those recipes that call for tomatoes in the winter or fall. In that spirit, here are some great ideas for how to use home-made tomatoes in your kitchen:

Wrapping Up the Best Tomatoes for Canning

I hope my list of best tomatoes for canning has inspired you to go out and make your own homemade tomatoes! As you now know, the things you want to keep an eye out for include low seed content, low moisture content, lots of meatiness, a general largeness of the fruit, and most importantly, great flavor! Next, read about everything else you should know about tomatoes!