You might assume there isn’t much to pinto beans. You see them in the grocery store, and you probably have a can or two of them in your pantry right now.

It’s true that these beans, also known as cowboy beans, painted beans, or mottled beans, are one of the most popular types of beans in many parts of the world. But that doesn’t mean they’re boring!

There’s more to these beans than you probably think. Keep reading to learn more about pinto beans, where they come from, different types, where you can get the seeds to grow your own, and more.

Pinto beans are medium-sized beans with beige and red speckles that disappear once they’re cooked.

In Spanish, the name means “painted” bean, which perfectly described their appearance. They can also be harvested before maturity in the pod and are known as green pinto beans.

They’re the most popular bean in Northern Mexico and the Southwestern United States.

Where Pinto Beans Come From

Originating in South America, these beans grow wild and evolved with other flowering plants.

Early human travelers to South America from Africa and Asia would have already been familiar with beans, so it’s believed that they started eating them right away. By 5000 BC, they were being farmed by agricultural societies.

There are even records of Aztec men using them as dice in betting games. Today, they’re the official state vegetable of New Mexico!

It’s easy to see why they’re such a ubiquitous vegetable.

They’re extremely adaptable in so many recipes and are commonly found in Mexican and South American cuisine. You’ll often see them with rice, refried, and in many dishes such as burritos.

It’s also common to see them in various soup recipes.

They’re very affordable and shelf stable whether they’re canned or dried. You can use fully cooked beans right out of the can, or let dried beans soak and use them in the recipe of your choice. Dried beans can often be purchased in bulk.

Pinto beans are very nutrient-dense with the most fiber of any type of bean. They make a fantastic meat substitute as well.

Pinto beans are extremely commercialized, so most varieties are developed for large agricultural operations and aren’t usually available to small growers as anything other than regular pinto beans. It’s unlikely that you’ll see these labeled as the specific variety they are; instead, they might be called heirlooms or will be named by the grower.

This is one of the most widely grown varieties of pinto beans and has been used to make many other hybrid and cross varieties.

Othello grows well in many different environments with a very high yield, so it’s a very widely grown crop among bean farmers.

This is an Othello cross that was developed with improved resistance to viruses and fungi, a stronger root system, and a higher yield.

Burke pinto beans are known for having a nice texture.

This is a newer variety that came out in the mid-2000s.

It grows well in conditions with little nutrients, compact soil, and very little water. Even when under stress, it has a higher yield than Othello and Burke varieties.

This is another high-yield variety that was developed at Michigan State University.

Santa Fe’s vines are shorter and more upright, which helps them avoid diseases that affect bean vines. They also mature quickly and are known to be ideal for canning.

This is a semi-upright type of pinto bean that comes from the Northern Great Plains of the United States.

Maverick matures quickly and tends to have a higher yield than the Othello variety.

These pinto beans are a dark red variety. They were originally developed in the Basque region of Spain and later introduced to other parts of the world.

This bean was developed by Colorado State University. It was created for mold resistance, so it thrives where mold is a recurring problem or where sprinkler systems are used.

This bean came out of North Dakota State University in 2007.

Its parentage includes the Maverick variety, but Lariat pinto beans are lighter in color and have a larger bean with lots of seeds inside the pod.

This is another variety from Michigan State University.

Fun Varieties to Grow at Home

The good news is you can still enjoy growing your own pinto beans at home. Check out these suggestions that are both ornamental and delicious. You’ll be able to use them in all the same recipes as traditional varieties, from burritos to soups and everything in between.

They’re also great to grow for pollinators, so it’s beneficial to add them to your seed list.

If you’re looking for classic pinto beans, True Leaf Market has just the seeds for you. They’re easy to grow with infinite culinary applications. You’ll love the fun speckles and pretty little flowers that bloom on the vines.

Amazon has tons of interesting pinto bean varieties as well as several that are very similar. 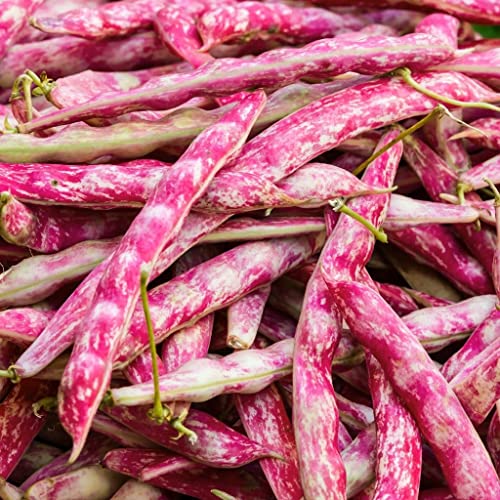 The Pink Cranberry Bean has a beautiful bright pink pod with cream or green speckles. The beans inside are the reverse: cream-colored with bright pink speckles. 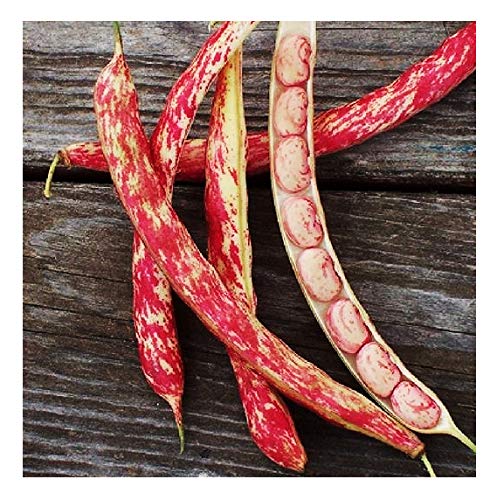 The Tongue of Fire Bean comes in a stunning red, pink, or purple pod. The beans are white with speckles to match the pod.

The Dragon’s Tongue Bean is a gorgeous purple color, with an off-white or green pod covered in purple speckles. 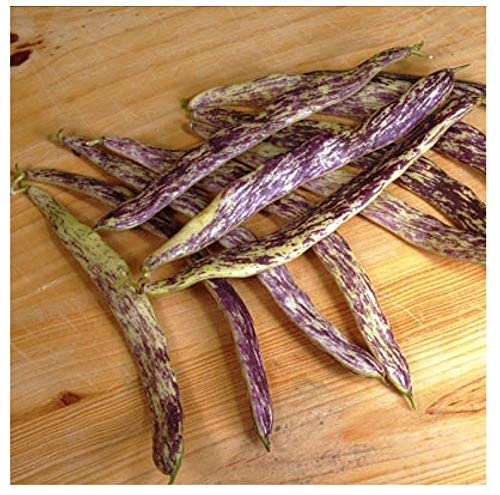 Pinto beans are truly the most versatile bean there is, making them the ultimate staple in so many homes.

They’re also very simple to grow and come in so many different fun and colorful varieties. You might even want to grow them just for fun, or maybe you want to invite pollinators such as hummingbirds, bees, and butterflies to your garden.

There are so many other types of beans out there, so check out our Bean Plants page to learn more!